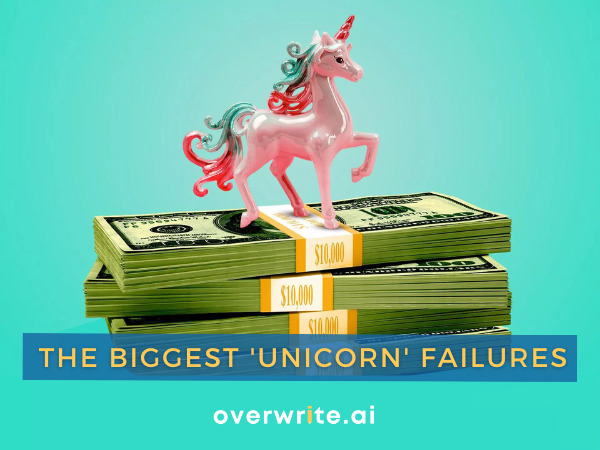 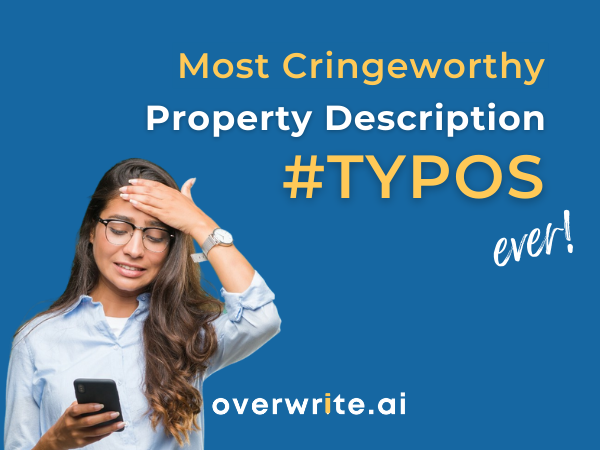 Everyone makes typos. Even the best writers get caught out. But when real estate agents are entrusted to sell properties worth millions of dollars, there really is no excuse for not paying attention to the smallest detail.

Especially with the range of technologies out there that can help. Some blunders you simply can’t ignore.

The ones that cause clients to doubt an agent’s professionalism, and reflect poorly on the agency they represent. These typos are very awkward because they are so very public.

One place where these awkward misprints are usually found is in a property’s public listing description.

Any experienced agent will tell you that the property writeup is a critical part of the listing process. An engaging description will not only set you apart from other agents and their marketing. It will serve to hook prospective leads and set you up with that all-important client relationship.

We’ve assembled a list of the most common slip-ups found in real estate write-ups.

It’s a mouthful alright – it should be ‘accommodation’

Remember who said it first – it should be ‘formerly‘

Principles are for theoretical physicists. For foremost features – it should be ‘principal‘

If you want to remain in demand, don’t make this mistake – it should be ‘sought-after’

Sloppy errors will have you singled out – it should be ‘independent’

Is this really the ‘extent’ of your spelling skills? – it should be ‘extension’

Whilst we’re all human and make mistakes, clients are within their rights to expect their agent to cross every ‘t’ and dot every ‘i’ when transacting their home.

Sometimes the typos or grammos go unnoticed but many of them do not.

Although they may appear trivial, research has shown they can have a real impact on your credibility as a professional agent. There are plenty of other agents a client can choose from so why give them an excuse to shop around.

Real-estate agents better take out that red pen. An article in The Wall Street Journal quoted that:

“It’s not just English teachers who notice misspellings in luxury-home listings; typos and missing commas can slow sales and drag down prices.

An analysis of listings priced at $1 million and up shows that “perfect” listings—written in full sentences without spelling or grammatical errors—sell three days faster and are 10% more likely to sell for more than their list price.”

And for the estate agents reading this, there are some great efficiency tools to help you. Intelligently automated writing assistants like overwrite.ai mean agents no longer have to worry about silly typos or bad grammar. The agent enters the key property particulars using the intuitive, user-friendly platform, and the property description is created in seconds.

An Aussie real estate agent has been slammed for sending a laughing emoji in response to a potential buyer’s offer for a multi million-dollar property in Sydney.

In a text message exchange shared on Reddit, the agent asked the potential buyer to give him an offer he could ‘work with’ for the property.

The buyer responded with an offer of A$ 2.6million dollars and a 14-day settlement period, only to be told by the agent the figure was laughable and ‘wouldn’t fly’.

‘I just sold (another property) for about A$ 2.7million, on 695 square metres,’ the agent replied, adding insult with a second laughing emoji.

The bidder politely replied that while the emoji didn’t offend them, it might insult other customers.

‘I don’t  mind the laughing emoji but others may not appreciate it. Thanks anyway. Good luck,’ he wrote.

‘No disrespect intended,’ the agent replied.

‘An escort rejecting your mother’s credit card has more professionalism than this. Keep it up Sydney Real Estate!’ Posted the prospective home buyer alongside a screenshot of the message exchange.

Not The Only One

The post was flooded with stories of other shocking behaviour from other real estate agents.

One person said their real estate agent used their open home to throw himself a birthday party.

Here’s how it went:

‘He posted on Facebook ‘Hey guys, come on down this open house, it’s my birthday, let’s party!’ the person wrote.

‘I confronted him about what in the f**k he was doing, ‘Aw, I was just having some fun’.

‘Same thing happened to us bidding on a house. It was listed for “offers over A$ 610k” and we offered A$ 615k over the phone. The agent just laughed,’ another said.

‘A toddler pretending to be a real estate agent would do a better job than this,’ one said.

How far have you gone with your responses to “silly” client offers? We’d love to hear in the comments below!

Eliza McPhee is a writer for Daily Mail, Australia