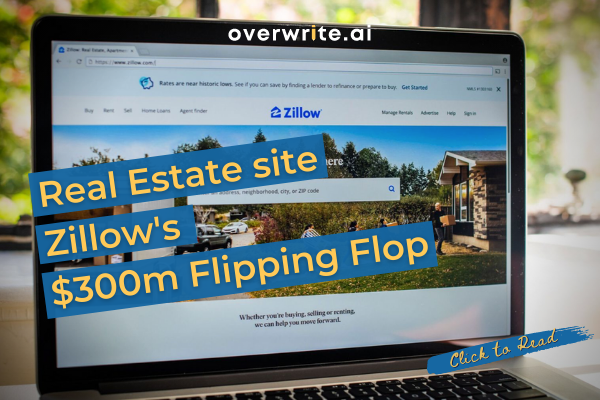 It’s fair to say, fantasising over our dream homes became an addiction for many of us trapped indoors last year. The voyeuristic obsession of scrolling listing after listing, looking for lavish lifestyle upgrades or that dream home was turbocharged by the pandemic.

Zillow reported 9.6bn site visits in 2020, up 19 per cent from the previous year.  So-called Zillow Surfing became such a trend that Saturday Night Live mocked Americans’ addiction to looking at other people’s properties, in a February skit named “Zillow.”

In an era of Big Data, the browsing and buying habits of American homebuyers must have offered a tempting prospect for Zillow.

While we were daydreaming about the sort of pad we’d buy, Zillow was running a side-hustle. Algorithms would help it identify undervalued properties in promising markets. The company planned to then snap them up and resell them for a quick profit. Zillow Offers, as its iBuying division is called, estimated it could generate $20bn in annual revenue by as soon as 2022.

Last week Zillow announced it was shutting down Zillow Offers after racking up huge losses. Laying off a quarter of its staff, the company has lost nearly 38 per cent — or $10bn — of its market value.

The fact that it expects to take a writedown of more than half a billion dollars, after last year being one of the best on record for home sales in the US, is a humiliating blow to the business.

Zillow has blamed labour and material shortages for its inability to fix up and flip the houses it has bought. But that’s not all. Zillow’s algorithms appear to have failed to correctly price properties given complex market dynamics. They just simply couldn’t predict future price behaviour accurately enough. Even as price appreciation began to cool, Zillow kept buying more homes, and paying more for them.

Credit where it’s due

Unlike trading stocks or bonds, properties are extremely illiquid. Houses cannot be bought and sold in seconds. It takes weeks or even months. And algorithms simply cannot predict that far into the future.

So what’s going to happen now with the 7000 plus homes that Zillow’s stuck with?

Reports suggest they will probably be bulk bought by institutional investors. And while Zillow may be ending its iBuying business, the monetisation of big data, extracted from the housing market, looks set to continue.

Whilst Zillow may not have pulled off this attempted side-hustle, it had the foresight to try to capitalise on the massive data lakes that it had accumulated. Kudos to them for trying.

For informative and light-hearted news and views on the world of real estate, follow OVERWRITE.ai on Instagram and LinkedIn, and keep up-to-date with our weekly NewsBites blog.