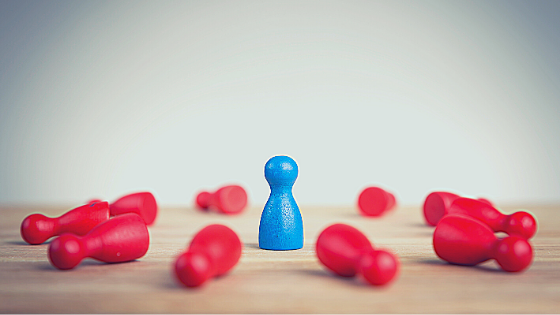 Whether you like it or not, negotiating is something we all have to do. Whether it’s a small negotiation with your spouse or a big business negotiation, it’s a skill that the vast majority of us don’t practice but one that is vitally important to success.

There are many gurus who will teach their method of negotiation, but one guru in particular shared a method that works surprisingly well. In his book Never Split the Difference: Negotiating As If Your Life Depended On It, former FBI negotiator Chris Voss discussed a method called Ackerman bargaining.

Ackerman bargaining is easy to learn and use and could save you a lot of money the next time you are negotiating with someone on price. You can use this method as either a seller or a buyer. Let me walk you through Ackerman’s bargaining from the buyer’s perspective.

If your counterpart rejects the first offer (and it probably will get rejected), your next offer will be 85% of your target price, then 95% and finally 100%. At this point, your target price is reached. A tip here is to not use round numbers. Instead of making your target price $100, make it $102.36. Instead of your first offer being $65, it should be $65.18. This might solicit a chuckle from your counterpart, but physiologically you are showing him that you are exact in your valuation and there is a method behind your prices. As you increase your offer each time by a reduced percentage, you are showing him that as the negotiations proceed, the increases in price are reducing in percentage. One bonus tip: When you state your final target number, include something of nonmonetary value. It doesn’t matter if your counterpart wants this nonmonetary item; what you’re showing him is that you are maxed out on offering price.

From the seller’s perspective, if you wanted to use the Ackerman bargaining technique, you would simply reverse the numbers as described in the buyer’s technique. Simply set your target price and start your first offer at 135%. Then, each additional offer would be 115%, 105% and finally your target price with a nonmonetary item of value.

Let me walk you through an actual example of when the Ackerman bargaining technique was used in a business purchase. Fred, a client of mine, was interested in purchasing one of his competitors. The owner of this company was ready to retire and was open to the idea of selling. Fred researched the company and got an independent valuation completed so he could understand his target price. He started the negotiation at 65% of his target price. The seller rejected the offer (as expected), but at least Fred set an extreme anchor. The next offer Fred made was at 85% of his target price. Again, the offer was rejected, but this time there were other discussions regarding nonmonetary terms, which would indicate the seller was becoming mildly interested. After a few days of strategic silence, Fred and the seller reconnected. This time, the offer was raised to 95% of Fred’s target price, but included even more discussions on nonmonetary items (such as additional revenue streams and which personnel would train the new owner). A final agreement still hadn’t been reached, so Fred, after a week of silence, made a final offer at 100% of this target price, a nonround number to signify this price was calculated carefully. Fred also included the offer of closing in less than two weeks. This was something that was not really of interest to the seller as there was no rush for him to sell, but the addition of a nonmonetary offer signified to the seller that Fred was done negotiating on the price.

The Ackerman technique worked well here as Fred was able to acquire his competitor and dominate his share of the market. He acquired his largest competitor when it wasn’t for sale on the open market and was able to do so without overpaying while also maintaining control of the negotiations the entire time.

The Ackerman technique also works well when negotiating equity positions with investors and when negotiating salaries with employees. In my experience, this tactic works well, is easy to implement and will put you in a position to become a negotiation superstar.

Mike Volkin is a Forbes Councils Member and columnist.

Estate Agency rockstars use OVERWRITE.ai to instantly auto-write their property listing descriptions in multiple languages, with a click.