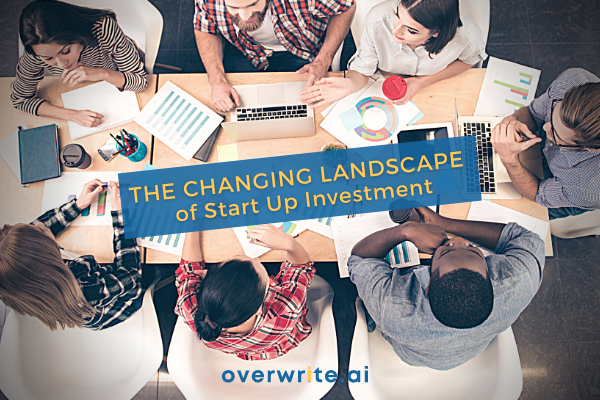 Investors that may have previously confined themselves to public markets are now clomping all over the venture capital landscape.

“The creative spirits. The underdogs. The resolute.” This ethos describes precisely the people who read this column, I have no doubt, putting us in alignment with Sequoia, the US venture capital firm that began a much talked-about blog post recently by addressing just such groups. Also “the independent thinkers”, “the fighters” and the “true believers”. Sequoia has a relentless drive to help them succeed, too, and naturally so does this column.

Overblown it may have been, but Sequoia’s post announcing a radical overhaul of its investment practices is a significant moment for the venture capital industry. The firm is facing more competition than ever for the affections of those creative spirits and independent thinkers, by which it means start-up founders, whose options for raising capital now range far beyond traditional VC.

Where are those Scissors?

From wealthy individuals and family offices at the seed and early stages, to traditional asset and wealth managers getting in on pre-initial public offering rounds — not to mention hedge funds — investors that may have previously confined themselves to public markets are now clomping all over the VC landscape. Endowments and pension funds, the main providers of cash to VC funds, are also keen to cut out the middleman and invest in start-ups directly.

These rival sources of capital are not locked into the rigid life cycles of a VC fund, which typically has to exit its investments and disburse profits by the 10-year mark.

“As chips shrank and software flew to the cloud, venture capital kept operating on the business equivalent of floppy disks,” Sequoia partner Roelof Botha wrote. “Once upon a time, the 10-year fund cycle made sense. But the assumptions it’s based on no longer hold true, curtailing meaningful relationships prematurely and misaligning companies and their investment partners.”

Sequoia is creating a “fund of funds” structure, where a master fund will hold all its future VC “sub-funds” alongside a wider array of investments, crucially including publicly traded stocks. That way a company can remain a Sequoia holding, and potentially take more money from the firm, after an IPO.

While pitched as a way to “foster deeper relationships with the principal drivers of innovation”, it is better thought of as a defensive move. Where once VC was seen as “patient capital”, in contrast to public markets and their obsession with quarterly earnings, now it often looks like some of the most impatient. Public market investors are content to let founders dominate their companies through supervoting shares that allow them to screen out short-term demands. Endowments and family offices are designed to husband wealth for generations. Meanwhile, VCs can be so focused on the exit that they bounce companies into an IPO for which they are not ready or, worse, sell out themselves and forego untold future potential.

Sequoia’s younger rivals, Andreessen Horowitz and General Catalyst, have also moved in recent years to give themselves more flexibility over the kinds of investments they can make. Others may soon follow Sequoia’s even more radical move and ditch the 10-year fund model.

It may not be enough to shift the underlying dynamics, though. Family offices are planning to significantly scale up their start-up investing in the coming year, according to an SVB Capital/Campden Wealth survey published in October, and the effort is being led in many cases by next-generation family members, suggesting it is a trend that will endure.

Another way to view the Sequoia announcement is that one of Silicon Valley’s oldest VC firms wants to own proportionately more public investments than it used to. This would not be an illogical response to the deluge of capital chasing start-up investments, which suggests VC returns are likely to be lower than they were historically, even if they remain high relative to public markets.

None of this need unduly worry company founders. With more sources of capital to choose from, they can raise funds without having to dilute their stakes in their companies by nearly as much, and will be able to sell stock at tidy valuations, for the foreseeable future. Creative, independent, resolute, they surely are. But perhaps not underdogs.

Stephen Foley is the Deputy US News Editor for the Financial Times.

This story has been published from a wire agency feed without modifications to the text. Only the headline and cover image has been changed.