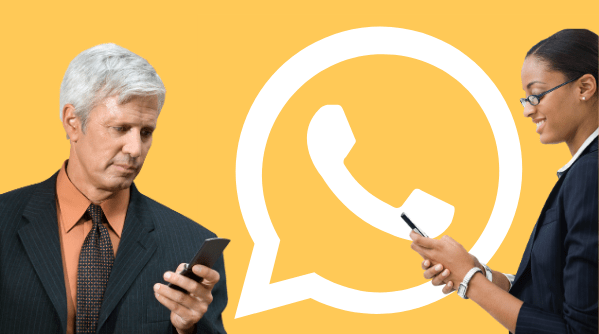 The U.K. housing market — that obsession of middle-class Brits — has been placed in suspended animation. Buyers and renters have been told to delay moving home to limit the spread of coronavirus. While a few transactions are still going through, a functioning market depends on prospective buyers and surveyors being able to view people’s homes. Mobility restrictions and distancing measures make that all but impossible.

Set against the loss of life caused by the virus, the anticipated collapse in housing transactions for at least the next few months is a price worth paying. Still, the knock-on effect will be severe across the sector, from the mortgage lenders obliged to offer struggling customers three-month payment holidays to the home-builders like Persimmon Plc and Taylor Wimpey Plc who’ve closed construction sites. For estate agents, struggling even before the pandemic, the standstill will be particularly painful.

Boris Johnson’s government is trying to cushion the blow by suspending property taxes for businesses and paying employee wages (yes, even for real estate agents). But smaller outfits, those with weak balance sheets or those that were mismanaged before coronavirus struck, face a very difficult year. In the 2008-2009 downturn thousands of estate agents left the industry.

It won’t be just those forced to shutter high street branches that face a bleak period though; while employees of digital property portals such as Rightmove Plc and Zoopla can more easily work from home, they’re being drawn into a brutal price war.

With the busy spring and summer selling season poised to start, the timing of the lockdown could hardly be worse. The U.K. property market has already endured a few tepid years of because Brexit worries, stamp duty changes and high house prices that make it harder for people to purchase a home. Now the much ballyhooed “Boris bounce\” after his recent election win has been extinguished and 2020 looks like being a write-off, forcing estate agents to slash costs.

Countrywide Plc, the country’s biggest estate agent, was already ailing, having piled on debt to fund expansion. Shareholders recapitalized the business in 2018 via a massively discounted rights issue. Its debt covenants were also amended. Now, a takeover by rival LSL Property Services Plc has been called off; an agreed 38 million pound sale of its commercial property arm also failed to complete. Including lease obligations it still has about 194 million pounds of net debt, or almost 6 times ebitda. That’s uncomfortably high.

London-focused Foxtons Group Plc is also loss-making but it has no bank or bond debt and held 15.5 million pounds of cash at the end of December. It has since drawn down a 5 million pounds credit line. However, renting office space and the ubiquitous Minis that its agents drive around consumes about 12 million pounds annually, so it too must slash costs.

Besides rent, another big outlay for agents is the cost of advertising properties for sale with online portals. On average market leader Rightmove Plc charges agents more than 1,000 pounds a month for each property. Coronavirus has sparked a full-blown rebellion against such fees. Rightmove’s initial offer to defer part of those payments for six months was poorly received, forcing it to backtrack and offer a 75% discount for the next four months instead. This will cost about 70 million pounds, or about one-fifth of estimated revenues. But that’s not the end of it: Rival Zoopla, which was acquired by private equity firm SilverLake in 2018 for $3 billion, is offering agents nine months free if they quit Rightmove. On Friday Rightmove suspended its dividend and scrapped its financial guidance.

Loss-making platform Purplebricks Group Plc says it plans to conduct viewings and valuations via Zoom, Facetime and Whatsapp. But its fixed-fee model (customers must pay even if their home doesn’t sell) could come under more pressure. The company is already reeling from a failed U.S. and Australian expansion. German media giant Axel Springer SE doubled its stake last year and now owns 26% of the group, but the shares have since lost about two-thirds of their value.

It’s not all bad. The collapse in travel bookings has prompted people who usually let their homes on Airbnb in tourist hotpots like London and Edinburgh to advertise long term rentals instead. Eventually the wider property market should rebound, driven in part by the desire of those who are presently housebound deciding they really do need a bigger home or more green space.

Yet the pace of that rebound, and the outlook for prices, will depend on whether government succeeds in preventing the temporary shock of coronavirus wreaking permanent economic damage. As elsewhere, unemployed Britons will be less inclined to purchase a home, and banks could tighten lending standards. Estate agents that survive the current drought will have to work even harder for their fees.